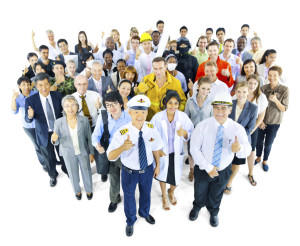 Dangers in the workplace cover the full spectrum, and are relative to each person’s experience. However, if a job pays well and is personally rewarding, much of that risk is often overlooked. Such is the case for those who want a career where they can have a positive impact on the environment. Many of those jobs are relatively lucrative and require little formal education, too. Here is a look at four of those dangerous, but rewarding environmental careers.

As a result of often illegal dumping of chemicals and other waste, our soil and waterways become polluted. The task of environmental remediation involves removing those hazardous and toxic contaminants and pollutants from the soil and water. Environmental remediators are the professionals who are called upon to clean areas of various sizes, ranging from small roadway oil spills to extensive cleanup of Superfund sites. While appropriate protective gear is worn, the job itself is still considered to be dangerous because of the direct exposure to toxins.

Education and experience requirements can vary greatly, depending on the duties of the job, but chemical technicians average a little over $41,000 a year, according to the BLS. Most positions require a minimum of a Bachelor’s or Associate degree to start.

The environment in which fish and game wardens work comes with its fair share of hazards, considering they often work in untamed wilderness and mountainous regions. The landscape can be unforgiving and the animals in the area can’t distinguish between friend and foe. But, it’s not only their surroundings that wardens must protect themselves against, it’s also the people they’re charged with forcing into compliance.

Fish and game wardens have the dangerous task of stopping illegal hunting and poaching. Those hunters are often armed, and some of them are survivalists who oppose any form of government intervention. In addition, wardens must prevent and report illegal dumping, so exposure to toxic waste is a real possibility. Location plays a big part in the salary earned, but the median wage for a fish and game warden in 2013 was $50,470, according to the BLS. Depending on assigned duties, education requirements can range from a high school diploma and officer training to an advanced criminal justice degree.

They aren’t technically roofers, but men and women who install solar panels on residential and commercial rooftops face many of the same dangers. But, they must also contend with the additional dangers of handling and maintaining the solar equipment. Consider it comparable to construction dangers. No fixed numbers are available that represent the number of solar panel installers who are injured or killed on the job every year, but in 2013, 39 roofers fell to their deaths and more than 7,000 were injured. Relative to the number of employees in that line of work, that figure is high. Roofing jobs are one of the most dangerous in the construction industry, and solar panel installers face the same dangers.

However, the pay is good, considering that most installers are not required to have an advanced degree, and are taught the trade both during training courses and while on-the-job. Earning an estimated $37,900 a year, many people overlook the inherent risk for a chance at a career in the growing alternative energy industry.

Handling heavy equipment, collecting unknown hazardous materials, and the potential for traffic accidents are just a few of the hazards faced by the men and women who collect our nation’s recyclables. According to the U.S. Department of Labor, the average mean salary for a collector in mid-2013 was just over $35,000 annually, with those in some regions earning over $58,000 a year. It’s not the highest paying job on the list, but when benefits and union security are added in, it is a pretty good haul for a job that doesn’t require anything more than a high school diploma. Those who are charged with collecting our recycling are also instrumental in helping keep our environment clean, so it’s a win-win situation all around.

As evidenced by the above examples, dangerous environmental careers run the gamut in terms of education and qualification requirements. Obviously not every person is suited for every job, but there is good money to be made for those who like a little danger in their lives and the idea of championing the environment.