As the debate continues over the financial cost of utilizing renewable energy sources, such as the installation of wind turbines and solar panels, another chorus of dissenting voices has been steadily growing – those who oppose such changes because of what they believe to be their intrusive aesthetics. The opposition argues that installing solar panels and building wind turbine fields reduces property values and takes away from the beauty of their respective communities. Do they have a valid point?

Are Wind Turbines Destructive and Ugly? 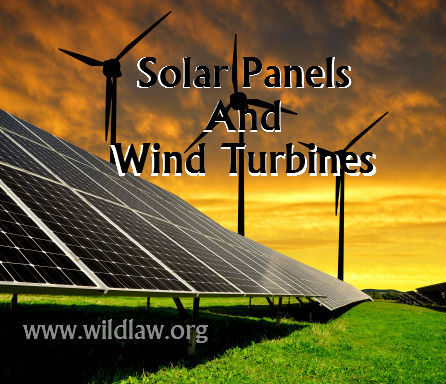 The argument over wind turbines is two-fold. Some argue aesthetics only, which isn’t much of an argument considering the benefit the turbines offer. But others believe that the addition of wind turbines to otherwise pristine areas not only upsets the area’s ecological balance, but kills birds and other wildlife. Do those who argue that point have a leg to stand on? To a degree, yes.

Anytime new technology is introduced into a natural setting, there is inevitably going to be some collateral damage. It is, unfortunately, the nature of the beast, but the areas where these turbines are usually placed go a long way in mitigating the damage. In an NPR article on the debate over wind turbines in Oklahoma, farmer Joe Bush said “They talk about fragmenting the prairie and such, but it doesn’t fragment the prairie any worse than oil wells fragment the prairie”.

That’s really what it comes down to – the lesser of two evils. When weighed against the multi-tier devastation caused by oil, and even coal extraction, choosing wind turbines over either option is a no brainer. For those who only see turbines as a blight, and don’t see firsthand the devastation caused by oil and coal extraction, perhaps it’s simply a case of ‘out of sight, out of mind’.

The solar panel debate is most fierce in historic districts and with homeowners associations (HOA), where it seems as if every change a homeowner wants to make must pass through myriad citizens groups and committees. In the case of HOA committees, which have reputations as being strict and punitive, the news is actually good. Efforts are being made to fight back against the restrictive nature of these entities relative to their stringent rules about solar panels. For example, in April 2014, Minnesota’s state legislature passed an energy omnibus (HF2834) which, among other actions, prevents HOAs from prohibiting the installation of solar panels. Minnesota’s legislature seems to understand that the need for renewable energy far outweighs the need for cookie cutter aesthetics.

The argument over preserving historic districts does have some validity. It’s understandable that certain neighborhoods would want to hold onto a bit of history by way of not allowing structural changes to homes and other buildings. But, those who argue that as the only reason for not allowing solar panels and other energy saving changes are living in the past to the detriment of the future.

By enacting sweeping regulations, such as those stating solar panels cannot be visible from the street (as illustrated in this Architect magazine article), such groups are basically tying the hands of those who are trying to make a positive difference. As the article seems to suggest, there has to be a middle ground between preserving history and advocating for the future. Otherwise, there may not be much of a future at all.

What is More Important?

The truth is that those who decry the visual aesthetics of solar panels and wind turbines have an empty argument when held up against the alternative. Change is literally necessary and, frankly, being turned off by the appearance of a field of wind turbines or the innocuous presence of solar panels is a small price to pay for the benefits we derive from them. In the example of turbine systems, they are typically set up outside the periphery of urban centers anyway. Besides, even if the turbines were built in the center of the town square, it’s still an infinitely better alternative to the status quo, which is the real horror story.

Those who oppose the presence of wind turbines and solar panels, etc seem to be saying that they much prefer doing things the old fashioned way. Rather than having to contend with the presence of sleek (albeit huge) turbines and non-traditional looking homes, the detractors would much rather we continue blasting gaping holes into mountains just so we can get to the coal. Those who are so offended by the benign visuals presented by these energy alternatives would much rather that we keep right on polluting the air with toxins (leaving cancer and asthma victims in the wake), and continue sending our military members overseas to face an uncertain outcome, simply to protect our ‘interests’ in oil.
Just as with the design of traditional homes, there is a lot of leeway in planning the design of energy-efficient homes. So, much of the debate comes down to personal taste, as evidenced by this New York Times article. So, moving forward, it’s imperative that we redefine what beauty means.

The efforts employed by those working toward a sustainable future are not ugly. Wind turbines and homes that are essentially energy neutral (in some cases even feeding energy back into the grid) help us to move away from the need for coal, as well as our dependency on oil. They are an effort to enhance our quality of life and extend the life of our planet, and that is a beautiful thing.