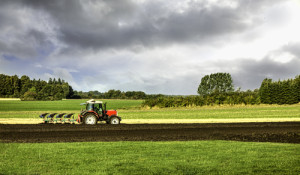 A recent study from the German Environment Agency has revealed that conventional agriculture has had an enormous negative environmental impact. The agency urges a transition to organic farming and heavier regulations on conventional farming processes. The use of chemical fertilizers and pesticides have a negative effect of impact on both human beings and upon nature.

One of the issues that has led to contention is the impact of greenhouse gases and whether it is true that conventional agriculture produces more emissions of these gases, and the effect it has on the environment and weather patterns. Nitrogen, phosphorus and heavy metals, as well as pesticides are in common usage. The German Advisory Council on the Environment has published a strategy for a substantial reduction of nitrogen in their country, and in the USA, it may be time for the government to take action to protect our land and environment for ourselves and for future generations.

The reducing bee population has been associated with a heavy use of broad-spectrum pesticides. Bees must be present for many crops to be pollinated, and there is great concern from environmentalists as well as farmers on this crucial issue. The declining bee population is just one of the many environmental impacts associated with conventional agriculture, with long term implications to all growers.

A study out of Yale reveals that one of every three bites of food counts on pollinators, mainly bees, for the crop to produce the edible organic material. For the past 10 years, in both the U.S. and Europe, there has been a quickly declining bee population, with annual hive losses reported at 30% or more. The New York Times has reported that the European Commission is planned to enact a two-year ban on a certain pesticides (neonicotinoids) that are believed to be harming the bee population across the globe.

You, as a consumer, have a voice in this issue, and it is advised that you connect with state and federal lawmakers by email, letter or through your vote to help reduce the potential for severe environmental damage through the current processes and chemical compounds in common usage in big agriculture.

One thought on “Agriculture: A Threat to the Environment?”