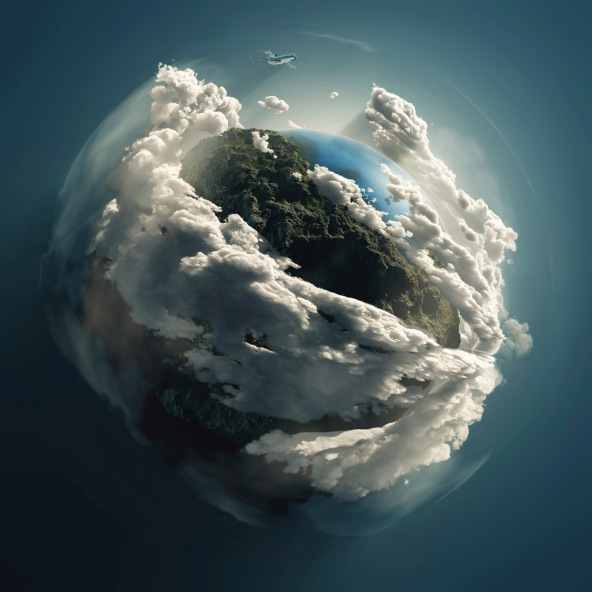 Yet one more prominent global scientific entity has released a dire warning related to greenhouse gas emissions. This time it comes from the World Meteorological Organization (WMO). On Tuesday, September 9, 2014, the WMO issued a press release spelling out just how rapidly CO2 and other gas concentrations have grown. According to the WMO, the volume of concentrated greenhouse gasses in our atmosphere increased at a breakneck pace in 2013, with CO2 even breaking a longstanding record.

The fact that CO2 concentration levels set a new record doesn’t come as a surprise to anyone who has been keeping tabs on the environment. However, the sheer volume of destructive gasses is what gives us pause. Before reviewing that information, though, it’s important to first consider the source since naysayers are always so quick to dismiss the credibility of data, no matter how solid.

Who and What is the WMO?

The focus of the WMO is weather and climate, water, and associated geophysical sciences. The WMO belongs to the United Nations Development Group, and serves as their go to agency for the Earth’s atmosphere, as well as all weather and climate related matters. While it would be nice to believe that the information they just released is erroneous, unfortunately, the WMO is staffed with the world’s leading weather and climate professionals. So it’s difficult to dispute their findings, even if they do paint a bleak picture.

According to the press release, which references the WMO’s annual WMO Greenhouse Gas Bulletin, the year 2013 showed unprecedented levels of CO2, methane and nitrous oxide concentrations. The numbers were 142%, 253% and 121%, respectively, of the pre-industrial era (the year used to mark the pre-industrial era is 1750). If those numbers aren’t shocking enough, the WMO’s report also shows that from 2012 to 2013, the CO2 year-to-year increase was the highest it had been since 1984.

However, just because the oceans and biosphere help by essentially absorbing nearly half of the emissions we release into the environment doesn’t mean those emissions are gone. Our actions now will impact our planet’s future for the foreseeable future, and therein lies the problem. According to Michael Jarraud, the WMO’s Secretary-General, “Carbon dioxide remains in the atmosphere for many hundreds of years and in the ocean for even longer. Past, present and future CO2 emissions will have a cumulative impact on both global warming and ocean acidification. The laws of physics are non-negotiable.”

Further, the Bulletin from the WMO highlights the impact that  emission absorption has had on our oceans. The authors of the Bulletin note that there are only a small handful of time-series stations that conduct CO2 measurements, and that hampers the ability for scientists to quantify “trends in ocean acidification and carbonate chemistry”. But, what they have discovered so far is grim.

The ocean’s uptake of the CO2, specifically, is already having a dramatic and negative effect on its ongoing ability to take up more CO2. As it stands, our oceans are only at a 70% capacity, compared to the beginning of the Industrial Era. By the end of the 21st century, it could be as low as 20%.

Additionally, pH levels are reducing, which means acid levels are increasing. Of course, that has disastrous implications for sea life. For example, scientists are concerned that calcifying organisms, including mollusks and coral won’t be able to build up their skeletal and shell material because of increased acidification. What that means for their future and our ocean’s ecosystems is yet unknown, but it’s just one crucial example of how carbon dioxide is wreaking havoc on our planet.

Regardless of where one stands on the issue, the facts are clear. The WMO has sounded an alarm with the release of their latest findings, and just like every other legitimate governmental and nongovernmental agency that has presented the public with similar information, the WMO draws the same conclusion. We must act now by drastically cutting CO2 emissions on both an individual and global scale. As Mr. Jarraud so pointedly put it “We are running out of time.”

One thought on “Atmospheric Concentrations: A CO2 Story”