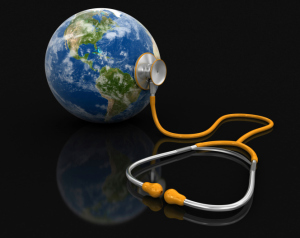 As critical as sustainability is to the long term health of our planet, it would make sense that some of the biggest contributors to waste and pollution, the manufacturing and industrial sectors, would be leading the charge on the environmental front. After all, they produce and sell the goods that we consume. Every step in the process, from collecting the raw material to ringing up the finished product at the register, requires actions and resources that contribute to the erosion of our environment’s health.

Since 2010, CEOs have reversed course in their way of thinking relative to the importance of sustainability to their business, and they’re headed in the wrong direction. In the UN Global Impact Accenture CEO Study on Sustainability 2013, 45 percent of responding CEOs cited sustainability as “very important” for their success in the future. That figure is a drop from 54 percent in 2010, the last year the same survey was conducted. The nine point dip is telling, and obviously troubling. So, what has caused this disturbing trend? It’s called pilot paralysis.

According to the UN’s study, respondents don’t see as much value in pursuing sustainability efforts because they felt that the projects and programs they had previously implemented didn’t have much of an impact on sustainability metrics. CEOs also noted that they do believe there is a place for businesses to promote and participate in sustainability efforts. However, they cite the market and the expectations of shareholders as two hurdles preventing them from further expanding and improving sustainability programs.

The United Nations released their 2013 study in New York at their tri-annual UN Global Compact Leaders Summit. During the summit, the UN also released a response to the regrettable results of the study. They did it in the form of a blueprint for helping businesses become successfully sustainable. Called Building the Post-2015 Business Engagement Architecture, the UN’s in depth guide was created with the help of about 1,000 of their business allies.

The United Nations response to the CEO study results is a productive one. Hopefully, myriad businesses of all sizes will take heed and implement a sustainability program, or expand an existing one. As long as CEOs continue to put the market and shareholders above the environment, however, more will need to be done to encourage them to focus less on profits and more on sustainability.

Since money is their primary focus, we must stop spending our money with corporations that are reckless with the environment. Use resources, such as this guide from Newsweek, to help you make your purchase decisions, and contact your local representatives to find out what they are doing to promote corporate sustainability in your state.