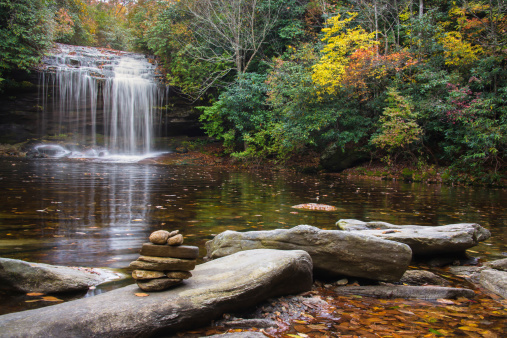 North Carolina, a Place for Almost Any Taste

Most states have an associated meme. In Texas, it’s longhorns and oil. In Colorado, it is some of the best high-country “powder” skiing runs in the nation. In Idaho, it’s potatoes. In Kentucky, it’s bluegrass and pedigreed race horses.

North Carolina has it all. With three distinct biomes – coastal, Piedmont and the Appalachian Mountains – one can travel in about an average working day from Wilmington on the beach to the edge of the Nantahala National Forest, with mountains up to 5,000 feet and spectacular whitewater rapids, all nosing right up against neighboring Tennessee.

For the record, North Carolina is 503 miles long (and 150 miles wide), but size has nothing to do with scenic. If it did, Texas would win hands down. What North Carolina offers both visitors and new residents is an array of climate microcosms in a temperate climate that features short, mild winters, breathtaking springs, and a summer climate that is hot but not the breathing-through-a-wet-blanket kind found in the Midwest.

In fact, the only downsides to living in North Carolina are the infrequent but devastating force-5 tropical storms like Isabel. This hurricane, like many others before it, worked its way north along the coast, making landfall in the most northern portion of the state and ultimately costing $450 million – a cost North Carolina residents are willing to pay in exchange for pristine beaches and coastal mangrove habitats.

In fact, in spite of hurricanes, including 1996’s Hurricane Fran, all of which have cost $11 billion and claimed slightly less than 1,000 victims, those who have taken up residence along the Atlantic Coast cling to their homes and a certain way of life as though they have found Shangri-La – their satisfaction hinted at by steadily rising North Carolina real estate prices, in hurricane years as well as storm-free ones.

Flora and Fauna; Something for Every Taste

The one thing North Carolina has in abundance is gardeners. The other thing is wildflowers, because the two go together like ham and eggs. Attached to this demographic is a whole culture built around native flora and fauna, so it’s no surprise to see a very scholarly looking gentleman (or lady) pacing North Carolina’s breathtaking shoreline as though searching for something, especially in view of  the fact that North Carolina is the most ecologically diverse state in the Southeastern U.S.

And it isn’t just native coastal plants, most of which face very difficult growing conditions as a result of salt spray and even salt water. Even here, though, the presence of sea oats – which are mangroves in miniature, trapping and holding beach soil and sand – is surprisingly extensive. The same can be said for dotted horsemint, which produces many-petalled white flowers that gradually turn mauve.

Used during the 19th century by Native Americans tribes who gathered this plant for its astringent and anesthetic properties, horsemint has more recently found its niche in holistic healing.

Other North Carolina plants which have healing properties and/or noteworthy flowers include St. John’s Wort, Yaupon, Loblolly Bay, Swamp or Rose Mallow, and North Carolina’s state flower, the Yellow Jessamine. This lovely bloom looks like an orchid but is in reality highly toxic. And for those who like the exotic, or merely peculiar, North Carolina is also the home of the Venus’ Fly Trap!

In North Carolina, You Can Shoot

Cameras are more than welcome, but so are rifles and shotguns. North Carolina, in fact, may be the last bastion of a pioneer culture that sees hunting not only as a right, but as an obligation – a way to thin deer populations before all the grass and browse is eaten, leaving nothing for smaller (and larger) species.

In typical “Southern hospitality” fashion, hunters from other states are welcome, as long as they obey state and local season laws and limits. Aside from deer, bear, wild turkey and small game like groundhogs, hunters can also bring down migratory game birds without webbed feet like woodcock, rails, snipe and even mourning doves.

If you are a beginning hunter without a male role model to teach you the basics, you can even take classes, but please bring the appropriate age-and-skill level type of weapon. You don’t bring a knife to a gunfight, so why would you bring a full-auto Draco to a pheasant hunt?

What Else Can You Do?

For those who like to ski, North Carolina’s mountains offer 10 major ski resorts, some with the kind of “Mach 1” downhill runs you might expect to find in the Rocky Mountains. Some also provide ice skating rinks, snowshoeing trails, cross-country skiing, and tubing parks.

Finally, if you are a college student or a nerd, North Carolina also has the Research Triangle Park – Raleigh, Durham and Chapel Hill, known nationwide as the nexus of paradigm-busting research in everything from medicine to solar power.