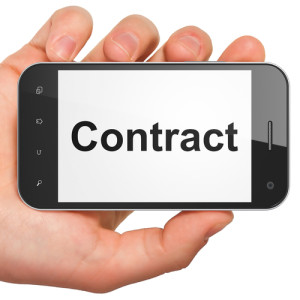 Phys Org reports that The International Journal of Life Cycle Assessment released a research study established that how mobile devices are manufactured, marketed and sold to consumers is damaging the environment, and that changes to this business model are long overdue. Frequent upgrade offers and the lack of the ability to recycle an older phone means that the costly elements in these devices are lost. Disposing of these phones adds dangerous levels of toxic waste to existing landfills.

The phones are manufactured with several expensive metals, including gold, copper and silver, as well as rare earth elements, and there is currently little-to-no capacity to recover these metals post-manufacture. Unused phones of an older generation are almost impossible to sell or even give away, and the ability to recycle an older device can be nonexistent. They sit on shelves, in drawers, and in time, are eventually disposed of, finally ending up in landfills.

The study proposes that rather than the phones being built with heavy processing capacity, many of the services could be cloud-based, and the phones would be simpler and would last much longer – but is this the model that manufacturers want? Likely not, as manufacturing is a sales-driven activity, and “more is better” is the usual approach.

The rare earth elements in cell phones pose a particularly interesting problem. At one time, rare earth elements were mined in the USA. Environmental regulations brought the USA-based industry to a halt, as one of the most dangerous by-products of mining is the release of radioactive waste. China is currently where cell phone manufacturers acquire the rare earths needed, where environmental regulations are notoriously non-existent. Your old phone that is languishing in a drawer, box or desk contains up to a few grams of these rare metals. A recycling effort that extracts these elements from the estimated 500 million unused cellphones could recover not only these metals, but significant amounts of copper, gold palladium and platinum.

Wireless service providers traditionally depend upon offers of free phone upgrades, reduced cost on upgrades and similar marketing strategies to continue to pull in customers to sign up for wireless contracts. The study has clearly revealed the downside of the seemingly endless desire of consumers to carry the latest devices. They may not realize that this pattern of behavior is contributing to a negative environmental issue. Recommendations by the group to create phones with less processing capacity, through the use of cloud-based data processing is not expected to be implemented by cellphone manufacturers any time in the near future.