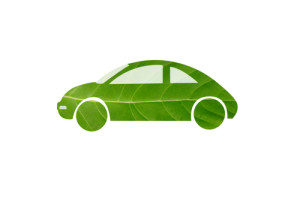 Each day you see more and more hybrid cars out and about the roads. These vehicles do not only offer superior gas mileage, but also give drivers a chance to save money by not having to use as much fuel as regular vehicles. Hybrid cars are not known for speed or performance. However, there are a few models out there that will entice even the most car-centric drivers.

The Tesla Model S P85D model is certainly one of them. Tesla is known for making uniquely luxurious hybrid cars; Tesla has set the bar when it comes to hybrid cars. The $127,000 car is sure to make car enthusiasts’ wallets tremble. With a 0-to-60-mph speed of about 4 seconds, this Tesla model is one of the fastest sedans on the planet. Interestingly enough, it also weighs in at about 5,000 pounds, but has more power than most European model cars out there. With one of the best traction controls, the Tesla has an all-wheel drive with a 50-50 weight distribution.

Another powerhouse of the hybrid car community is the McLaren P1. This beast is of British decent and is considered the successor to the McLaren F1. With a twin-turbo charged V8 petrol engine this vehicle is one of the fastest. The McLaren P1 is a rear-wheel drive with seven speed dual clutch transmission vehicle. It can go from 0 to 62 MPH in 2.8 seconds. It is a full 5.5 seconds faster than its predecessor. With it being a hybrid car, the McLaren P1 is all about the environment. Unveiled in 2013, there were only 375 units produced. If you ever feel the need for speed, while trying to keep the environment safe, you better seek this gem out fast. Pricing for this car starts at about $1,350,000 USD.

A stylish and exhilarating hybrid car is the Porsche Spyder 918. Because of its limited edition, only 918 units were produced. With a starting price of $847,000 the Porsche is not your average car. Being one of the faster hybrid cars out there, the Spyder 918 can reach 0-to-60-mphs in about 2.5 seconds. This rear wheel drive vehicle weighs 135 kg, according to the official site. Offering 5 different driving modes, the Spyder 918 features a mode called “E-Drive” which allows the vehicle to run on batter power alone. With a full tank and charged battery one can go 420 miles in this car before needing to refuel or recharge.

Those who have been lucky enough to drive one of these vehicles have surely been left in awe by the sheer speeds and power that can be reached by an energy efficient vehicle. Not many believed that a hybrid car could offer such driving power. Sure, obtaining one of these luxurious eco-friendly vehicles will cost you a pretty penny, but it is promising to see that we are indeed able to manufacture sports cars with these capabilities. Time will tell if cars of this magnitude will become more easily available to the general public.