The Environmental Protection Agency hit Alpha Natural Resources, Inc., one of the largest coal producers in the United States, with a $27.5 million fine for violation of water pollution permits and excessive toxic discharge into our country’s waterways. The fine, which was announced on Wednesday, March 5, 2014, represents the largest of its kind ever levied against a corporation.

In addition to the precedent-setting fine, Alpha Natural Resources, Inc. will also spend another $200 million to upgrade its waste water treatment systems and expand its environmental compliance auditing practices in order to reduce the discharge that seeps into the waterways from its coal operations – discharge that continues even today.

Alpha and its subsidiaries have been discharging contaminants, including aluminum, selenium, iron, and other hazardous substances, into the waterways via nearly 800 pipes for years. The contaminants flow directly into tributaries, streams and rivers, and it is a byproduct of the process used to treat and wash coal. Fortunately, there is no evidence that drinking water has been contaminated as a result of any of the toxic discharge. 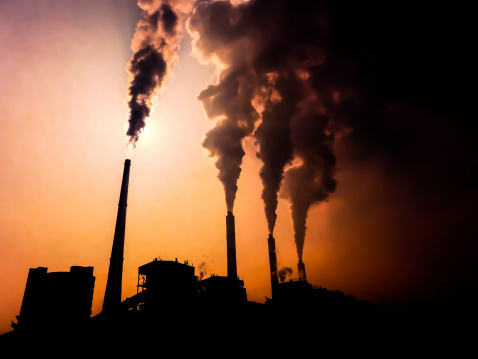 How It Was Discovered

All companies are required to self-report violations, and in Alpha’s case they did. However, according to Alpha’s VP of Environmental Affairs, Gene Kitts, the government lacks the resources to follow up on those reports. Fortunately, there are private environmental groups that are actively trying to close the gap.

Citizens Coal Council, an environmental advocacy group, discovered what Alpha was doing after representatives from the group reviewed the quarterly monitoring reports filed by Alpha with the Pennsylvania Department of Environmental Protection. In 2010, Coal Citizens Council took the evidence, which included 72,000 pages of documents, to federal regulators. Those documents showed that Alpha Natural Resources, Inc. was regularly discharging more hazardous material into the water than it was allowed.

In part because of the actions of Citizens Coal Council, the federal government has cited Alpha nearly 6,300 times for its environmentally criminal behavior. Most of the citations were a result of Alpha’s failure to implement appropriate water management and handling procedures, properly operate its existing treatment systems, and install or upgrade adequate treatment systems. The illegal discharge was noted in five states between 2006 and 2013. Monitoring records of the incidents reflect that Alpha had exceeded their permit limits by up to 35 times.

What Areas are Affected

Though Alpha is based in Virginia, the $200 million in upgrades that is part of the settlement will cover 25 processing plants and 79 active coal mines in the following five states: Pennsylvania, Virginia, Kentucky, Tennessee, and West Virginia. Alpha locations in each of the five states also received citations for excessive toxic discharge.

According to the Justice Department, more than one quarter of the nearly 6,300 violations came from just two locations in Pennsylvania, one in Greene County and the other in Westmoreland County. The state of Pennsylvania will receive $4.125 million of the settlement. Overall though, various West Virginia locations received the most citations for discharge, and that state will receive $8.9 million. The federal government will receive half of the fine.

The decisive action taken against Alpha Natural Resources, Inc. is a good step in the right direction. Regulators will hopefully now be prompted to scrutinize the records of other companies to ensure they are in line. In fact, West Virginia’s governor, Earl Ray Tomblin, said that his state’s portion of the funds will be spent on stricter enforcement of environmental laws.

As cheaper, more environmentally friendly alternatives to coal are being created, such as natural gas, the United States federal government has been pushing for a reduction in the use of carbon. Hopefully, as they did in the Alpha case, the government will also continue to apply pressure to coal producers and others around the country who willfully violate environmental law.

Closer to home, for the people of Appalachia, the fine imposed on Alpha Natural Resources, Inc. is good news. Robert G. Dreher, the Justice Department’s Environment and Natural Resources Division acting assistant attorney, said that they “have too often been vulnerable to polluters who disregard the law.” Thanks to stewards of the environment, such as those who work with the Citizens Coal Council, as well as a receptive government, coal producers are now being held accountable for their blatant and environmentally destructive toxic discharge tactics.