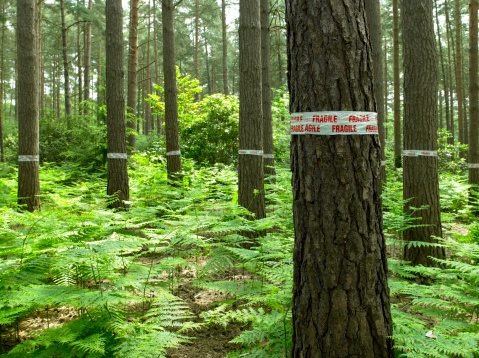 In 2004, a group of Australian researchers put together a wealth of “empirical, theoretical and anecdotal” evidence confirming what many of us already know in our hearts; humans benefit from contact with nature, and nature is an essential player in the arena of human health and well-being, whether physical, mental or psychological.

This ‘contact with nature’ has since entered mainstream health care, with city designers, park boards, social services, even philanthropists and “angel investors” providing financial support for programs that bring the great outdoors to local parks which are fully accessible to city-dwellers. In fact, these nature-based interventions offer the most affordable basis for improving the health and overall wellbeing of those living in today’s inner cities – a use which almost perfectly reflects the object behind sustainability (to live so that future generations will have the same advantages).

Nice, But the U.S. Was Already Way Ahead

Fortunately for us Americans, national leaders and policy makers had a jump on the science and, in 1891, authorized the president to establish forest reserves, which could be used only for timber cutting, watershed acres, wildlife habitat, livestock grazing, mining and recreation.

The first of these was Yellowstone Park. In 1905, President Teddy Roosevelt transferred all reserves to the U.S. Forest Service. Two years later, they were designated national forests. At the end of the century, battles between timber interests like Weyerhaeuser (International Paper) and environmentalists saw a push to conserve these resources, which as of 2014 consist of 191 million acres, most of them in the West and Alaska.

Before the Issue could be Resolved …

National policy makers again recognized the benefits of wild places to the human spirit and the pioneering fabric of our nation. So, in 1964, Congress created the Wilderness Act, which permanently protected some of the most breathtakingly beautiful, pristine wild places in the nation.

This was quickly followed by the Wild & Scenic Rivers Act, which was a move to protect the most remarkable rivers from exploitation as hydropower sources, flood control mechanisms (via dams) and irrigation.

It was a magnificent effort, preserving lands, landmarks, scenic vistas, and all the flora and fauna that live therein. Without it, much of the protected land in the U.S. would have been decimated by business interests which saw nothing remiss in clearcutting fragile mountainsides or damming rivers which salmon and other migratory species relied on for reproduction.

A Stitch in Time

As climate change wreaks havoc across the country and around the world, some far-seeing environmentalists are patting themselves on the back, and rightly so, for realizing how important these rescue efforts may be in a much drier California (or Idaho, or Alaska) circa 2025.

Already, warming and drought has eradicated more than 1.5 million acres of lodgepole pine forest in Colorado and Wyoming, destroying watersheds, wildlife habitat, and scenic recreation sites. The mountain pine beetle, responsible for this devastating loss of timber, is the culprit, but it could not have succeeded without the drought. As it is, the buildup of fuel represented by hundreds of acres of tinder-dry dead trees is a precursor to catastrophic wildfires.

One Good Turn Deserves Another

The 2009 fire that almost wiped out the life in Tujunga Canyon, California, 25 miles north of Los Angeles, provided a valuable lesson to Forest Service officials and policy makers as well as concerned citizens.

The conflict began when LA residents started pressuring the Forest Service to reopen the area, even that part virtually obliterated by the fire. When forest biologists went into the forest, they saw that wildlife had begun returning – long before anyone had anticipated it would.

The challenge then became keeping the park safe for native wildlife, and making it safe for users. The solution, which seemed at first awkward but became a paradigm for similar situations later,  was to form focus groups of Forest Service personnel, community members, non-profit workers, biologists and sociologists to try to arrive at a solution that benefitted both the forest (and its inhabitants) and the citizens for whom parks had been created.

A bilingual campaign with signs featuring various species and saying, “I live here. Protect my home”, or “My home is your home” turned the trick, resulting in the sort of mindful, respectful use of the “Big T’ (as the forest is known) that demonstrates just how well sustainability can work when everyone works together.

The wildlife has done its part by making appearances that keep children and adults both delighted and aware that a single biome can work for many creatures.

One thought on “National Forest Protection Is Sustainability in Action”