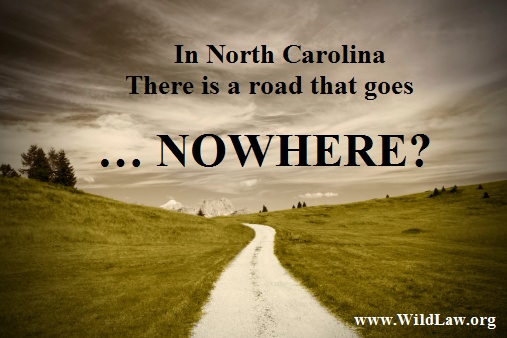 It’s known locally as The Road to Nowhere.

At first, readers think the articles and stories about this mysterious road are spoilers for a horror film full of tripping teenage girls and their guys, who are uniformly shot, stabbed, beheaded or driven insane.

In fact, it’s nothing of the kind, except for the ruthless way the federal government, under the banner of the Tennessee Valley Authority, or TVA, abandoned not only the poor but the infrastructure of area roads – an historical failure that some still view as the Janus face of progress (i.e., one can’t make an omelet without breaking eggs).

The lake is named Fontana. Located in Swain County, North Carolina, and created in 1940 as part of former United States President Franklin Delano Roosevelt’s New Deal, this body of water eventually submerged entire towns, notably Judson and Proctor. The water rose. The poor were forced to relocate their homes on some very small stipends offered by the TVA. Once that was settled, however, the rich swooped in like a bunch of turkey vultures, buying up prime “lakeshore” at a pittance.

The land became a lake, and the rest of the land surrendered under this particular “New Deal” deal became Great Smoky Mountains Nation Park.

In North Carolina, a Road That Goes … Where?

A new road – one to nearby Tennessee – was started when the TVA finished flooding most of the land on and around Highway 288. This new road, also called Lakeview Drive, was designed to offer access not only to Tennessee but also to the small and largely ignored cemeteries of the poor which had fronted the highway. Running in a sort of semi-circle around the lake, it came to be called North Shore Road – a favorite scenic for driving, walking, riding horseback, and – more recently – motorcycle riding.

This truncated road is still there, outside Bryson City, North Carolina, and after a 6-mile-long drive it ends abruptly in a beautifully crafted but extremely spooky arched stone-block tunnel in the Great Smoky Mountains National Park. The tunnel itself is so long that one can barely see the end, even on a sunny day, and any hope of completing the road is tangled in an abundance of environmental issues.

Nor does the May 31, 2014, Benton MacKaye Trail, which connects the Hiwassee River Crossing in Ocoee, Tennessee with the Great Smoky Mountains National Park, make residents feel better. The trail is for hikers and campers, who typically have the kind of discretionary spending that area residents associate with the rich who snapped up lakeshore land at their expense.

It may be 70 years in the past, but locals have not forgotten their treatment at the hands of those with more money and connections. For example, an article in an area newspaper relayed the cost of rescuing “greenhorns” from the Great Smokies.

As everyone in the area now knows, the Park spent $8,300 in payroll and supplies to rescue three hikers stranded in the park in January, all males and all under the age of 32. Apparently these three started their adventure without a tent or, in fact, without any of the supplies which experienced campers would not dream of leaving behind. They were wearing cotton t-shirts at night when the temperature drops to single digits.

As one of my friends always says to his ex-wife: “You may be rich, but you’re also stupid. And nothing fixes stupid.”