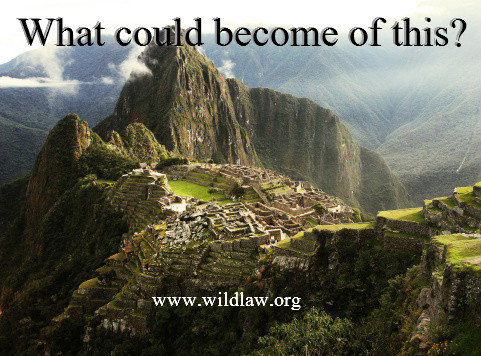 On July 11, 2014, in a move that will most certainly negatively impact its credibility as the host of this year’s UN climate conference (COP20), President Ollanta Humala of Peru signed an anti-environment bill into law that frees multinational companies of zoning restrictions and limitations related to mining activity in the country. Calling it a major setback for Peru’s climate change efforts, the country’s environment minister, and the president of the COP20, Manuel Pulgar Vidal, voted against the bill. But, he’s not the only one opposed to the move.

Not only is the move opposed by Peru’s environment minister, but other Peruvian officials have also voiced their concern, including its current citizen ombudsmen, as well as a former deputy environment minister. In a statement condemning the new law, former deputy environment minister, Jose de Echave, said “As far as Latin America goes, we are the country backpedaling the most.”
The passage of the bill has also opened up the country to a floodgate of criticism worldwide, and it has drawn the ire of the United Nations. In excess of 100 international environmental groups, including Oxfam, WWF and the Sierra Club joined together to send a letter of protest to Peru’s president.

The new law streamlines environmental impact studies, putting them on a 45 day maximum fast track. Clearly, this is an effort to reduce the waiting time for companies to begin work, and to minimize the chance that anything will be found in the course of the study that could hinder efforts to begin mining in a given area.
Companies will also see fines for all but the most egregious environmental violations cut in half. In addition, many of the tax breaks that were once given to the multinational mining companies have been reinstated. This is on top of the already generous benefits allotted to these same companies, which include the concession that said companies can exploit and explore indefinitely as long as they simply keep making their minimal payments.

What’s worse is that the law strips the Peruvian Environment Ministry of authority over soil, air and water quality standards for at least the next three years. The ministry won’t even be able to set harmful substance limitations. In fact, rather than focusing on disciplinary actions related to environmental violations, the ministry has been mandated to now focus on preventive actions.

Since more than half of the country falls within the Amazon basin, these changes will most likely have a negative impact on the indigenous population, as well as the local and global environment. Even though the rainforest absorbs much of the carbon dioxide, mining companies can now more readily access and exploit the Amazon’s resources with virtual impunity. Opponents of the law fear that it will accelerate deforestation and directly impact the way of life for the local people, especially given that approximately three-fourths of Peru’s Amazon basin is divvied up into gas and oil concessions.

Additionally, since Peru already has in excess of 300 mines that are classified as major, and it already extends unparalleled incentives to international mining operations, many believe this new law is shortsighted overkill. Is Peru’s economy really struggling so much that the government is willing to further jeopardize the quality of life of its own people, not to mention accelerate the destruction of the Amazon basin which is a precious and critical global resource?

The motivation for the move is clearly money since, on average, 60 percent of Peru’s export income is earned through mining. In the first half of 2012 alone, Peru’s extractive sector accounted for 75% of their total exports. Recently, however, Peru has seen their annual growth rate slow down (5% in 2013 compared to 6.3% in 2012) because the global market for metals has softened. Prior to that, the country’s mining industry numbers had been on an upward surge, enjoying a growth rate of 6.4% a year on average for the past decade.

With a per capita GDP of $6,390 in 2013, and a poverty rate that has been steadily declining in recent years, it’s easy to see why Peru’s president would want to regain lost ground in the mining industry. However, Peru is already ranked third in the world in terms of vulnerability to disasters resulting from climate change.

So, while the new anti-environment law may help Peru combat the dip in mining revenue they’ve experienced, what long-term good is the change if it exposes the local population and the rest of the world to increased risk of natural disasters by exacerbating climate change? The bigger question is ‘what can be done about it’?

Sadly, there isn’t much that can be done to change the course of Peru’s actions except to apply social pressure through grassroots petition drives and voice our opinion to the United Nations Environment Programme. What we can do proactively, however, is to ensure that our country doesn’t follow Peru’s example of chasing profits at the expense of the environment. Contact your house and senate representatives, and ask them what they’re doing to protect our limited natural resources. Hold accountable those who place a higher premium on profits than they do the preservation of our planet. Moving forward, let’s use Peru as an example of what not to do. Really, what choice do we have?