Pollution prevention and sustainability efforts in the United States, both at the local and federal levels, must be accelerated in short order if we are to do our part in preserving our natural resources and environment for future generations. According to the Worldwatch Institute, the United States is an ecological debtor, ranking 46th out of 151 evaluated countries because we consume 207% of our ecological capacity. In addition, we ranked dead last in a 2010 National Geographic survey of green consumption habits in 17 developed and developing countries. Finally, in the last 30 years, the average temperatures in the continental United States have risen five times more than they did in the preceding 100 years. These are startling figures intended to sound an alarm on our country’s eco-habits. 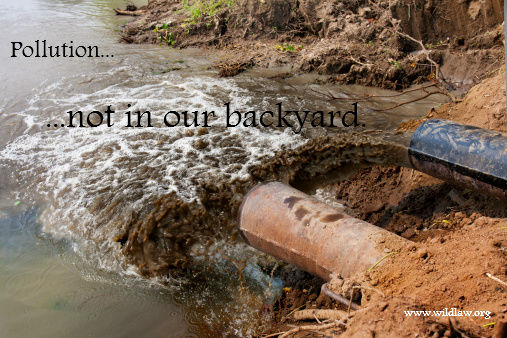 The good news is that on all governmental levels efforts are underway to reduce pollution and promote sustainability. In some cases, they’ve been in full swing for a number of years. For example, the Clean Air Act, which was originally passed in 1963, and then strengthened in 1970, was drawn up to combat air pollution in the United States. The Act has since gone through several revisions and expansions, most notably a major overhaul in 1990 that gave the EPA broader authority related to implementing and enforcing regulations aimed at reducing air pollution. The Act sets limits on the type and amount of air pollutants that are allowed to be emitted from sources including steel mills, utilities and chemical plants.

Based on the components of the Clean Air Act, each state is required to develop an individual State Implementation Plans (SIP) outlining their plans to adhere to the guidelines of the Act. It isn’t a one man show either. States must include the public as well as industries in their planning by holding hearings and providing opportunities for comment.

One key change to the Clean Air Act that came with the 1990 revision was the acknowledgement that Indian Tribes have the right to establish their own air pollution control regulations. The Tribal Authority Rule allows Indian Tribes to write rules related to air pollution and establish and enforce those rules on their land. States are required to adhere to all components of the Clean Air Act, but Tribes are only required to enforce parts of the Act that are relevant to their land.

In addition, the 1990 revision of the Clean Air Act included the implementation of the Pollution Prevention Grant Program. This program provides funding for state governments, colleges, universities, and tribes to assist them in pollution prevention and reduction efforts. The grants are distributed annually, and there is an application process, but of the applications, an average of 40 are approved and issued funding every year. The funding amounts range between $20,000 and $180,000 each.

On the sustainability front, as the nation’s largest energy consumer, the United States Federal Government has been attempting to lead by example. Executive Order 13514, which aims to hold all federal agencies accountable for their greenhouse gas pollution (GHG), was signed into law in 2009. The Order requires all “federal agencies to measure, report, and reduce GHG pollution”. The end goal is to reduce direct greenhouse gas emissions (building use, fuel) by 28% by the year 2020, and to reduce indirect emissions (commuting, business travel) by 13%. If all federal agencies follow protocol, the federal government will have eliminated the need for up to 235 million barrels of oil by 2020.

While the efforts being enacted by the federal government are promising, much more can be done at the local level to reduce pollution and promote sustainability. Many states have implemented laws and promoted programs that are intended to reduce pollution and waste, promote recycling, and limit greenhouse gas emissions. In Alabama, for example, collective efforts have pushed in excess of 70 facilities to reduce their pollution and clean up their waste discharge. It’s a good start for the state that ranks 50th in environmental protection.

In the same vein as the federal government’s Pollution Prevention Grant Program, a number of states have also adopted their own similar programs. For example, in 2013, Colorado distributed $66,000 by way of four separate grants to promote water pollution prevention and sustainability efforts. The state of Ohio has a similar grant program that is focused on recycling and litter prevention. In 2013, they distributed grant funding totaling $527,670.88 to a total of 45 recipients that included cities, water districts and health departments.

In Massachusetts, which is the most energy-efficient state according to the American Council for Energy-Efficient Economy (ACEEE), the state government has instituted internal sustainability programs that promote energy conservation, cut reliance on fossil fuels, and lower greenhouse emissions. Based on the state’s development principles, officials also work with local planners to create walkable cities and neighborhoods that mix residential, cultural, recreational, and educational activities.

In the state of California, where energy and sustainability efforts are well-known worldwide, the government has implemented a Green Building Action Plan. Among other goals, state agencies are required to cut greenhouse gas emissions by 10% through 2015, and by 2020, the agencies must reduce emissions by 20%. Additionally, the Action Plan calls for all major building renovations and new structures designed after 2025 to be built as Zero Net Energy facilities. In fact, by 2025 all buildings, regardless of when they were built, are to work toward a Zero Net Energy goal for at least 50% of the building’s square footage.

The state of California may be two steps ahead of other areas of the country when it comes to promoting sustainability, but, perhaps ironically, the American Lung Association ranked the area of Los Angeles-Long Beach-Riverside as being the most polluted area in the country in 2013. Fortunately, Los Angeles is taking steps to improve their pollution score by joining with nine other major cities to cut greenhouse gas emissions in city buildings. Other cities involved in the program include Houston, Salt Lake City, Boston, Atlanta, Orlando, Denver, Kansas City, Philadelphia, and Chicago.

In terms of water pollution, the city of Los Angeles is working with other local cities to help turn storm and runoff (the main source of their water pollution) into drinkable water. One such program, called the Tujunga Wash Greenway Restoration Project, is already underway. Urban run-off flows into a gravity-fed pipe which then moves the water from the flood control channel, creating a new stream that runs through a streambed containing native area plants. Those plants help to clean the water, but it also helps to establish a new habitat for local fauna. Annually, as many as 325,000 gallons of water flow through the streambed. The County of Los Angeles contends that this single change can be replicated over and over through the county’s 500 miles of flood control channels.

Los Angeles is also focusing on other areas to improve the city’s sustainability and energy scorecard. For example, they are working to develop alternative energy sources, including wind and solar power, so they can reduce their dependency on fossil fuels. Other cities across the country have implemented sustainability action plans that promote energy and waste reduction in their own offices, as well as businesses and neighborhoods.

The city of San Francisco is working toward a zero waste future. Their goal of “sending nothing to landfill or incineration” by 2020 may seem out of reach for the city of over 800,000 residents, but the numbers don’t lie. Between 1990 and 2010, diversion of materials from the landfill increased from 35 percent to 80 percent. Mandatory composting and recycling in the city has increased the collection of organic material by 50 percent, up to 600 tons a day. That’s more than any other composting program in the country. San Francisco is well on its way to meeting its 2020 goal.

The examples listed are just glimpses into the pollution prevention and sustainability efforts that are being undertaken on the city, state and federal levels. For information on what your state is doing to promote sustainability and conservation efforts, contact your local waste management or environmental agency branch.