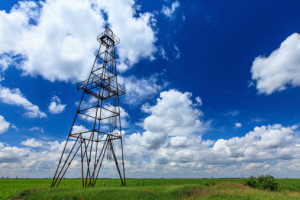 It appears as if the UK has now reversed its decision to prohibit toxic drilling in its national parks, a move which some believe to be highly counter-intuitive to the country’s climate change objectives. According to The Guardian, at the end of January, the House of Commons agreed to amend its previous toxic drilling ban, which would have prohibited fracking in all national parks and protected areas, so as to allow drilling companies to horizontally drill under its national parks.

While this legal advance may be a huge win for fracking companies, those who oppose toxic drilling are extremely worried this move could open the door for fracking near major sources of drinking water. In addition, the potential environmental impact and devastation fracking could cause to the natural water supply, as well as to the stunning landscapes of these national parks and protected areas is vast.

What Rights Will Fracking Companies Have to Drill?

Fortunately, fracking companies are not being given the right to go into national parks and other protected land areas to drill. Those companies owning wells boarding these lands will be allowed to drill horizontally under the protected areas in search of shale gas, so long as their drilling rigs are set up right outside the parks’ boundaries.

The move was justified by the UK’s Energy and Climate Change Minister when she told members of parliament that, “In cases of AONBs (areas of outstanding natural beauty) and national parks, given their size and dispersion, it might not be practical to guarantee that fracking will not take place under them in all cases without unduly constraining the industry.”

What Danger Could Fracking Potentially Present to These Areas

Many people are already aware of the various dangers and risks that fracking might present. First of all, fracking requires a massive amount of locally-sourced freshwater as part of the hydraulic fracturing process. Chemicals used in this process are also very toxic and have been known to seep or spill into local water sources, causing contamination and serious health problems for both humans and nearby wildlife. In some fracking areas, there have been reports of ground contamination.

When fracking sites are allowed in or around national parks, or protected lands, water sources in these areas will be at risk. Now that fracking has been directly linked to earthquakes, according to Forbes, this will be another potential cause for alarm. Drilling rigs can be expected to mar the beautiful landscape and natural views, and the risk of blowouts due to gas explosions will be ever present with this type of drilling… As these types of endeavors require massive infrastructures to operate, this can lead to problems with traffic, methane pollution, smog, waste disposal and other types of air, water and soil contamination or degradation.