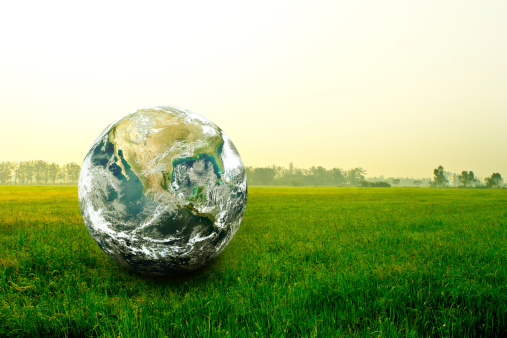 Think about the Earth as a whole, living organism, just like the human body.

This is the way the Gaia organization thinks – a perspective shared by WildLaw, with both entities recognizing the very harsh possibility that the failure of individual plant and animal species, and isolated biomes, may also foretell potential danger to the human species.

Simply put, Gaia Theory sees Earth not as a planet with an atmosphere and oceans and land, but as a single entity – a giant living system whose parts interact to keep the totality in a state of stasis, or balance.

In fact, Gaia is exactly like a human body; run a fever and it sweats (rains), eat something toxic and the digestive system breaks down. And when a cycle breaks down – be it rain in the spring or snow after Christmas – Gaia’s other cycles kick in to “fix” the imbalance. It is this persistent correction and adaptation that has made Earth the ideal planet for supporting an almost unimaginable wealth of plant and animal species (of which man is only one).

In just this same way, a healthy biome may experience some loss of water on a seasonal basis, and the loss may direct, or redirect, spawning and other reproductive mechanisms. This alternation, in turn, may actually make room for another species in the niche vacated by the current residents.

What Happens When Gaia Breaks Down?

In the example above, the elemental variations we call Nature make changes which may be part of an ongoing trend or simply an expression of a temporary deviation. In other words, Gaia is preparing the particular biome for an increase in dryness as part of a cyclical variation. This cycle may be as short as a decade, or as long as a century. Some species may be temporarily shunted to one side as other, more dryness-tolerant are given a chance to succeed.

Gaia does this switching very well as a result of millennia of experience. Not so man, and when species extinction reaches the level it is currently experiencing, in an Age we now call Anthropocene, or the human-directed extinction, the cause is relatively clear. There are a lot of humans burning a lot of fossil fuels, using up fragile and nonrenewable resources, and contributing unbelievable amounts of chemical pollution which Gaia has never experienced before and as a result does not know how to remediate.

Even if you no longer accept that carbon dioxide is the primary culprit – and quite a number of people don’t, you can’t deny that homo sapiens behaves exactly like a virus, and Gaia behaves exactly as though She has the flu.

What Happens When the Earth Gets the Flu?

Pretty much what’s happening now. It gets hot (call it global warming). Systems run awry; in places where it never snows, snow falls. In places where it rains, the rain fails to fall. In other places, it falls more than ever, which is just as bad.

In Venice, a city first settled in the 7th century and self-ruled by the 9th, there have always been canals to accommodate a city built on water. But as warming causes oceans to rise the canals are becoming too deep and the buildings are decaying.

Inhabitants are worried, as well they should be. Many may be forced to move. Those who can’t may contract various troubling and sometimes lethal reactions to mold. The typical pollutants and diseases of an old city may overwhelm the survivors.

In England, the Guardian Newspaper reports floods which suggest the English may have to redesign their houses, raise their roads and build tidal lagoons. Another article, not the Guardian, notes that 48 of the UK’s most important wildlife sites have been damaged by the same floods; it’s not just hedgehogs, red squirrels and otters anymore, but the single repatriated beaver family living in East Devon.

And it is man. Fred and Debra Mason, who no longer have a habitable home, will be thrown on charity to get a new dwelling, but they will survive on the generosity of their fellow man. Prevention of species loss in times like this also calls for charitable giving, but there may not be enough charity to go around.

In the U.S., in a 7-mile stretch of Turkey Creek in Alabama, it is about a multi-hued fish seldom bigger than 2.5 inches called the Vermilion Darter. This fish is both federally listed as endangered, and protected by the Alabama Wildlife and Freshwater Fisheries Division.

The human race can likely survive loss of the Vermilion Darter, and the snail darter, and the (Mojave) Desert Tortoise, just as it has survived the loss of the passenger pigeon. But it may not survive the loss of the humble honeybee, that pollen-spotted summertime companion which is known to hover and tail-waggle when it spots a familiar face.

The honeybee is in real trouble, and the trouble comes because the honeybee is up against our habit of using chemicals and genetic science to achieve remarkable but totally artificial results in crop management and pest reduction. We have the hubris to think that our “quick fix” solutions are better than natural adaptation simply because we created them.

People have called into question the Einstein quote: “If the bee disappears from the surface of the earth, man would have no more than four years to live.”

Suffice to say if the great man had known of the decline we now face, he would likely have said something even more disheartening.