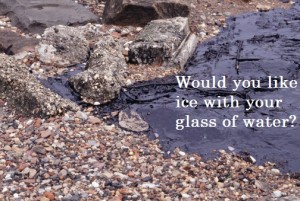 A few weeks ago one of Duke Energy’s 31 coal ash dumping grounds ruptured, leaking 80,000 tons of coal waste and toxic sludge into North Carolina’s Dan River.  Armed with Clean Air Act enforcement powers, the Environmental Protection Agency (EPA) was poised to levy significant fines on Duke Energy and take steps to force Duke Energy to curb further damage to the environment.  However, this did not happen.  Instead local environmental agencies stepped in preventing the federal government from imposing stiff fines on Duke.  This makes the EPA appear impotent and the Clean Air Act a farce.  In order to prevent companies like Duke Energy from damaging the environment and endangering people, significant fines must be mandatory regardless of the enforcing agency.

Money is what matters

Making significant fines mandatory for violating the Clean Air Act and other environmental laws will be an effective deterrent because ultimately the financial bottom line is of utmost importance to the vast majority of corporations.  Regardless of marketing campaigns designed to make consumers feel as if they have a conscience, in reality big business only takes significant action on any issue when there is a considerable amount of money at stake.  If it will negatively affect their bottom line, then businesses will do all they can to avoid making changes such as those that are required by the Clean Air Act and other environmental legislation.  Indeed, several utilities vigorously lobbied against the Clean Air Act because of the financial effect it would have on them.
Sure, there are companies that are noted for making decisions that negatively impact the bottom line, but positively impact the environment or people.  CVS is a notable example.  Earlier this year CVS announced that soon it will cease selling cigarettes.  While this decision is consistent with CVS’ commitment to becoming a major player in the healthcare industry it is  estimated that this decision will cost CVS $2 billion in revenue.  However, unfortunately companies like CVS are not the norm.  When it comes to complying with regulatory demands that effect a company’s bottom line, it is better not to trust companies to self-regulate, but to force them to suffer significant consequences for failure to comply.

EPA fines should not be left up to local authorities.  Local authorities are more likely to have close ties to major companies operating in their locales.  Duke Energy, its political action committee, executives, and their family members contributed over $1 million to North Carolina Governor Pat McCrory’s campaign.   Furthermore, before being elected governor McCrory worked for Duke for 30 years.
While I am not suggesting that McCrory engaged in any wrongdoing with respect to how the State of North Caroline responded to Duke’s Clean Air Act violations, I am suggesting that when state officials have close ties to a company it is more difficult for them to be objective.   Thus, laws should be clear about punishment for violating environmental mandates.

Passing the buck does not work

The Clean Air Act gives the EPA enforcement powers.  When a violation comes to the attention of the EPA it can issue an order demanding that the violating company comply, fine the company, or bring a civil lawsuit against the company.  But this is not where the story ends.   As demonstrated by the case of North Carolina and Duke Energy, when the EPA attempts to enforce the Clean Air Act state regulators can step in and actually block the EPA’s enforcement attempts.  On three separate occasions in 2013 the North Carolina Department of Environment and Natural Resources blocked EPA enforcement of the Clean Air Act by stepping in with its own enforcement authority.  As a result Duke was not subject to the possibility of stiff fines that might result from federal lawsuits.  Indeed, North Carolina regulators agreed to settlements with Duke that resulted in insignificant penalties.  To make matters worse the settlements reached with Duke do not even require Duke to change the way it was doing things.
A federal regulatory scheme that cannot prevent state regulators from undermining its enforcement powers is not as effective as it could be.  In the case of Duke Energy the EPA has been completely ineffective.  Nothing has changed despite Clean Air Act violations.
This is not to say that Duke Energy has done nothing to make sure that it does not damage the environment.  This is not to say that state agencies will always be lenient on Clean Air Act violators.  This is to say that there should not be a loophole that gives state the ability to sidestep federal enforcement and impose much weaker penalties.
In order to prevent the Duke Energy/North Carolina scenario from being repeated again and again, the federal government must shore up the Clean Air Act and procedural loopholes that strip the enforcement powers from the EPA.

Andrew Mounier is a passionate member of the End Ecocide movement, an avid legal blogger, and content strategist. He has worked in marketing for over a decade and finds his passion in bringing concepts to life. As a Socialpreneur, he is an agent for positive social change through both his writing and business endeavors.