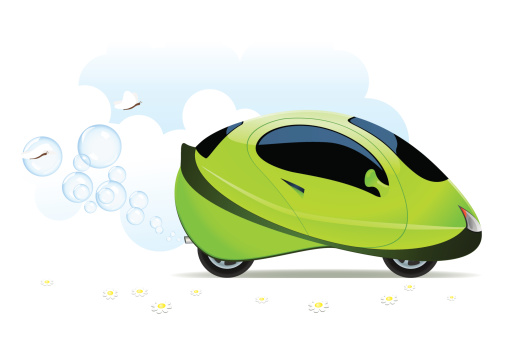 Alternative fuel vehicles have slowly gained in popularity with consumers since the ubiquitous Toyota Prius was first mass produced in 2000. Fast forward nearly 15 years, and Toyota has now introduced its latest game changing innovation in alternative fuel vehicles. In what their November 18, 2014 press release calls “the start of a new age of vehicles”, Toyota announced the launch of the first soon-to-be mass produced hydrogen fuel cell vehicle (FCV), the Mirai.

Hasn’t this Been Done Before?

Of course, the Mirai isn’t the first hydrogen fuel cell vehicle to hit the market. For example, the Honda FCX Clarity was available for lease in very limited run, but in July 2014, the company announced that they were ending production of that model. Honda’s next generation FCV is scheduled to be released in 2016, however. Hyundai is also entering the ring next year with its Tucson Fuel Cell crossover, but it will only be released in southern California, and then it can only be leased.

Toyota has bigger plans for the Mirai. They want to take it mainstream, and the company is even offering the vehicle for purchase. It will cost $57,500, but interested drivers won’t be limited to just a leasing option.

The Mirai won’t be released in the United States until the second half of 2015, and then initially it will be limited to only 200 units being sold in California. Toyota’s projection is to increase total U.S. sales to 3,000 units by 2017, and then incrementally beyond that. But, if the Mirai is ready for “mass production”, why is it being given such a limited run in the United States? The answer is one of logistics.

What’s the Hold Up?

While the phrase “mass produced” is being used to describe Toyota’s new FCV, it will be some time before the Mirai will be available for purchase in every geographic region of the United States. Why? The number of hydrogen fueling stations in the U.S. is woefully inadequate. According to the federal government’s own energy website, there are just 13 hydrogen stations in the United States, and 11 of them are in California. As such, hydrogen vehicles won’t actually be available for purchase to the masses until there are an adequate number of fueling stations to service them.

Toyota has taken that into consideration and is doing something to expedite the process. The company has taken the initiative, and elicited help to build needed fueling stations. In tandem with Toyota’s announcement, Air Liquide issued its own press release, in which they announced a deal with Toyota “to develop and supply a fully-integrated hydrogen fueling infrastructure in the northeastern United States”. The deal calls for 12 fueling stations to be installed on the East Coast, with more to be added “as demand warrants”.

In addition to Toyota’s plan to increase the number of hydrogen fueling stations in the United States, others have developed action plans of their own. California, for example, has had a fully developed deployment plan since 2009. The state’s plan calls for a total of 46 retail hydrogen fueling stations to be in place by 2017. In addition, by 2025, California hopes to see 1.5 million zero-emissions cars on the road, and they want zero-emission vehicles to make up 15% of all new car sales.

The notion of seeing mass numbers of zero emissions vehicles on the road may still be years away, but with innovators like Toyota leading the charge, we are starting to see progress. They shouldn’t have to do it alone though.

Are you interested in having ZEVs on the road sooner than later? Check out the federal government’s Alternative Fuel Data Center for information on what is being done federally to promote and assist in the proliferation of hydrogen fuel cell vehicles. Then, contact your state representatives, and ask what they’re doing to make zero emissions a reality in your state.