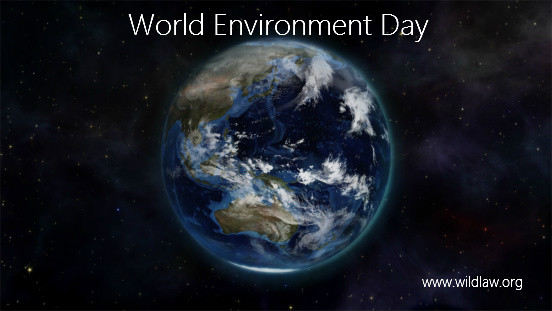 Its outreach has been fruitful, too. The list of participating countries has expanded to over 100, and based on their actions and results, those countries take their affiliation with the cause very seriously.

The countries and organizations involved in the efforts have taken on some sizable goals over the years, and they’ve achieved some impressive results for the environment. Along the way, the changes those countries have made have allowed them to not only improve the lives of their people through healthier environments, but they’ve also benefited economically. Here are just four examples.

In Barbados, one of the most urgent environmental concerns has been the fact that they’ve had to rely so heavily on imported fossil fuels, so they’ve taking steps to reverse course. As part of the government’s National Strategic Plan of Barbados for 2006-25, the country planned on increasing their citizenry’s use of household solar water heaters to the tune of 50% or more by 2025.

However, it’s been such a successful campaign that, as of 2008, 75% of the 40,000 solar water heaters that had been installed in Barbados were placed into residential properties. They accomplished this feat through a combination of tax incentives and public awareness efforts, as well as making available training opportunities for those wishing to become solar water heater technicians.

The program has become so successful that the three major companies in Barbados that dominate the solar water heater industry have now expanded to other islands, including St. Lucia and Trinidad.

Responsible Waste Management in the Republic of Korea

In the Republic of Korea, their Extended Producer Responsibility (ERP) program has been yielding promising results since it was implemented in 2003. The ERP holds importers and manufacturers responsible for “a certain amount of their products” by requiring them to recycle it.

Between the program’s launch in 2003 and 2008, the financial benefit totaled $1.6B US, and over 6M tons of waste was recycled. In 2008 alone, there were over 69,000 tons of plastics recycled through the ERP program, yielding an economic benefit of $69M. 3,200 jobs were also created as a result of the program. ERP’s environmental benefits are impressive as well. About 412,000 tons of CO2 emissions have been reduced every year since the program’s inception.

Brazil’s city of Curitiba, which is the capital of Parana State, has met the population growth challenge head on by using innovative approaches in transport and urban planning, as well as city management. Their efforts have been met with resounding success

Curitiba grew from a city of 361,000 people in 1960 to about 1.75M in 2010 while being able to avoid much of the pollution, congestion and space issues generally experienced in cities of comparable growth. In fact, even though the population density jumped three-fold between 1970 and 2008, the city’s green area has increased from 1km to more than 50km per person.

As a result of their integrated urban planning methods, 45% of all travel is done in Curitiba by public transport. It’s the highest ratio in Brazil. Curitiba’s urban air pollution numbers are also one of the best in the country, and 30% less fuel is used than other major cities in Brazil.

Curitiba has transformed flood-vulnerable areas into city parks, planted the areas with trees, and built manmade lakes to hold the floodwaters. In that way, they’ve not only expanded the city’s ‘green’ factor, but they’ve also saved money that would have otherwise been spent cleaning up after floods. Additionally, the property value of surrounding areas has increased, leading to additional tax revenue.

The west side of Curitiba has been transformed into the Curitiba Industrial City (CIC). The government took into account the direction of the wind when establishing the area to ensure that pollution didn’t impact the central city. No polluting industries are allowed in CIC and there are strict environmental regulations that any business must adhere to in order to set up shop. It doesn’t seem to have dissuaded the business sector though, because there are more than 700 businesses in CIC, including IT companies and an automaker. A total of about 200,000 direct and indirect jobs have been created through those businesses.

Curitiba also has waste management covered. About 70% of its residents are active recyclers, and 13% of the solid waste that does end up in the landfill is recycled. The city of Curitiba is the perfect example of wise, long range, and effective urban planning.

As part of its long ranging Rwanda’s Vision 2020, which began in 2000, the country of Rwanda has established numerous programs and initiatives to protect its rich and diverse ecosystem. The country’s vision is to elevate itself to a middle-income country by the year 2020, and the management and protection of its environment is one of the pillars of the program.

The initiatives that have been established include wetland restoration efforts and the preservation of the rare Rwandan mountain gorilla. Regarding the latter effort, Rwanda is actively collaborating with Uganda and the Democratic Republic of the Congo to restore the species population. The gorilla is Rwanda’s biggest tourist draw, and the country’s efforts to preserve the species has been a boon for tourism, which is now the biggest part of Rwanda’s GDP. The number of tourists paying to see the gorillas increased nearly four-fold between 2000 and 2004, and it has led to an increase in management and maintenance jobs as well.

About 7% of Rwanda is covered by wetlands, and to combat illegal and destructive farming, the government is educating local communities on how to produce products derived from wetland materials that are sustainably harvested. An unexpected economic benefit has also developed. Because the quality of the materials has improved, locals are now able to sell their goods for more money, which, of course, yields a higher profit. It’s a win for the environment and the people.